Your help would be appreciated

Ten responses to the phrase ‘Man Up’ - Guante

Two:
If you want to question my masculinity like a school yard circle of curses like a sword fight with light-saber erections…save your breath, Because contrary to what you may believe, not every problem can be solved by ‘growing a pair’.
You cannot arm wrestle your way out of chemical depression.
The CEO of the company that just laid you off does not care how much you bench.
And I promise there is no light beer in the universe full-bodied enough to make you love yourself.

Four:
Of course. Why fight to remove our chains when we can simply compare their lengths? Why step outside of the box when the box has these bad-ass flame decals on it? We men are cigarettes. Dangerous.
And poisonous.
And stupid.

Five:
You ever notice how nobody ever says woman up? They just imply it. Because women and the women’s movement figured out a long time ago that being directly, explicitly ordered around by commercials, magazines, and music is dehumanizing.
When will men figure that out?

Six:
The phrase ‘Man-Up’ suggests that competence and perseverance are uniquely masculine traits. That, women… not to mention any man who doesn’t eat steak, drive a big truck, and have lots of sex with women, are nothing.
Nothing more than background characters.
Comic relief.
Props.
More than anything, though, it suggests that to be yourself, whether you wear skinny jeans, or rock a little eye-liner, or drink some other brand of light beer, or write poetry,
will cost you.

Seven:
So, how many boys have to kill themselves before this country acknowledges the problem?
How many women have to be assaulted?
How many trans people have to be murdered?
We teach boys how to wear the skin of a man but we also teach them how to raise that skin like a flag and draw blood for it. 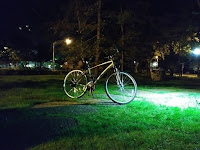 I am trying to get this back going again. Didn't make it all the way to Seattle but still proud of what I did. Back in Rockford this summer, on a new bike. Still got the cruiser but wanted more of a road bike for everyday travel. Also got a dog that I will be taking on road trips. Working it. 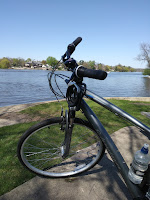 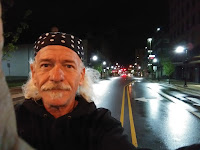 Along the Rock River.
Posted by Whatcnido at 7:31 PM No comments:

Lol I just had a message about if I am 'clean', meaning physically, then I should stop and check it out.. Ya know what? There is no excuse to not be clean and not smelling when you are out here. Yea sometimes it is hard to get a shower but body wipes and dry shampoo are to be used! And changing clothes on a regular basis is another thing to do. (laundry mats) Shaving is not hard either. People should care how they present themselves. Doing all this makes myself feel good too!
Posted by Whatcnido at 8:05 AM 1 comment: 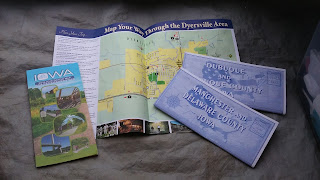 The local Chamber of Commerce is always a great place to stop and get local maps. This one had a Bicycle friendly map of the whole state and two counties I will be traveling. Jackport! The local US Dept of Agriculture is not bad either. 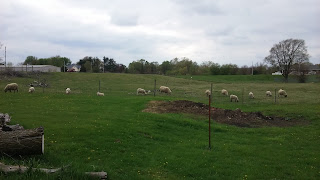 Asked the local American Legion if they knew where I could set up. After hearing my story they not only got me a hot shower but one of the members is letting me stay on his place. Being a veteran is cool sometimes.  :) 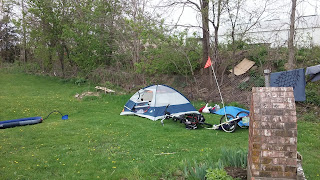 Posted by Whatcnido at 5:25 PM No comments: 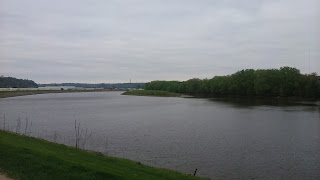 These two pictures are of the Mississippi at Dubuque IA. Start of the city bike path that leads to the Heritage Trail. 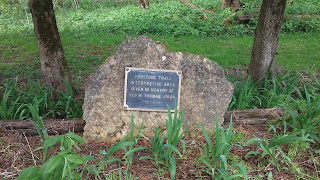 The start of the Heritage Trail north of Dubuque. About 4 miles from the waterfront. 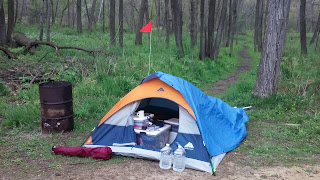 About halfway through the day it started to rain. I dived under cover!  lol 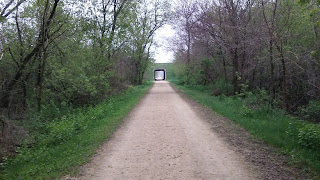 Took a nap and the rain ended so I went on up the trail. One of the underpasses coming up.
Posted by Whatcnido at 10:24 AM 2 comments:

So what's been happening....

So I’m sorry for the delay on these updates but luckily I wrote notes each time I talked to Tad. So this first post is more of a summary of the trip thus far. I'll update as we go from here on out. Disclaimer: I'm hoping that the time frames and details are
somewhat accurate, remember, I had a few days worth of notes stacking up, so my apologies to the bike gypsy if anything's out of order. :)

The first day he rode 14 miles to Stevenson County. He had to “stealth” camp behind the post office. Unfortunately couldn’t do a fire or anything but at least it was dry out and not too cold. I had to know what he had for his first breakfast on the journey and because he couldn't build a campfire, there was an egg mcmuffin involved. But hey, there is absolutely nothing wrong with that. Coffee too. Gotta have the coffee… Then Tad made his way to Orangeville. It had started to rain and it was super quiet except for a loud annoying tractor in the middle of the night. Supper: Chunky soup. Yum. So since he’s left Rockford his bike is showing travel distance of over a hundred and thirty miles! 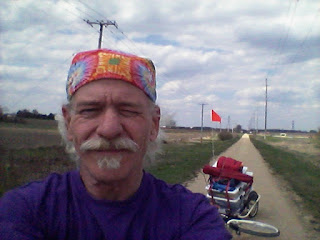 He then went to Wisconsin and headed towards Debuque. Trying always to travel the best route. Work smarter not harder. Avoid hills. He really struggled with the third and fourth days. Almost gave up. I think he pushed too hard too soon and exhausted himself out. I think it was something that was probably going to happen at some point and did at the perfect time because even though he wanted to give up, he took the next day off and relaxed and recouped. Realized that he can’t push himself to the max if he’s going to complete the trip. 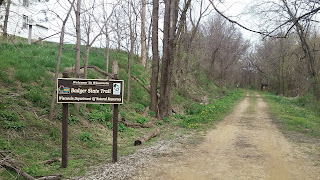 Last weekend he got to build his first campfire of the trip. Super exciting I thought. That’s like a milestone to his trip in my opinion. He hasn’t needed to use any walled electricity since he’s left. He’s been using the solar power charging unit that I got him. I think that’s super awesome. Also he was telling me about how he made friends with a biker gang and they gave him a sticker and everything. I think that’s so awesome! He’s been talking to people, people have been talking to him, seems like people are being super friendly. He even made friends with someone on the first night that he hung out with, smoked and just bs’d. 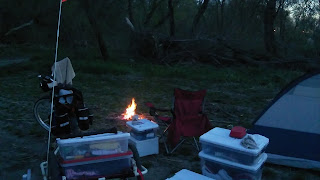 Now he's coming up on two weeks worth of travel time and he's now in his third state. Iowa. Good Iowa. Not Illinois or Wisconsin. Getting some states under his belt some miles ridden. He may have lost a hoody on the way but he's making tons of friends and getting his story out there and that's something amazing. Each person tells a friend who tells a friend who tells a friend. I've told the people I work with and they've been asking how he's been doing so I get to tell his story too. I just talked to him and gave him the weather for Dyresville, IA and where a Mcdonalds
was for when he wants to hop on some wi-fi and rest up before there's more riding into the sunset. 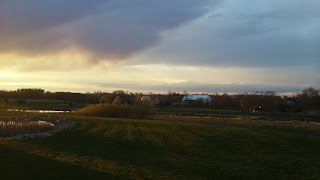 Hello! My name is Jen and this is my dad's blog. Tad is riding his bicycle across the country from Rockford, IL to Seattle, WA. I  moved to Seattle back in August of last year and my dad and I have been planning this bicycle trip for about a year now. A lot has happened since we initially talked about it in his garage last summer. Never actually thought it'd be possible given the circumstances of life but holy shit, when there's a will...there's a way. And so it is.

I'm super excited that he's finally on his way. This is literally the bike ride of a life time.  He's finally on the road and I'll be updating his blog with how it's goin. I'll be posting pictures he uploads and writing about how he's doing as I'll hear from him often while he's traveling. I have to make sure he's still alive and stuff. He won't always have internet to write or post pictures himself so I'm helping. :)

So here's me in Washington. 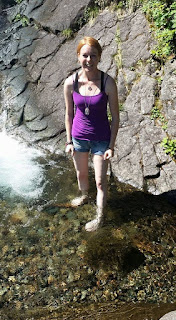 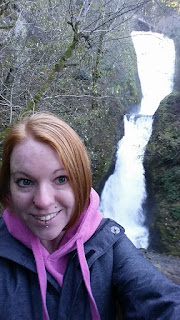 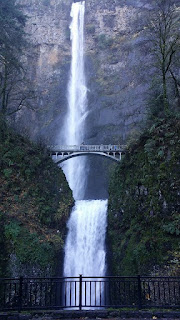 First blog post momentarily. Apologies for the length, it was a few updates jammed into one.
Posted by Whatcnido at 6:11 PM No comments: